Super Mario Bros. X by 38A: Difference between revisions

This engine is widely-used by Chinese Players.

The first version was been released in 2015'th year and was been published at the Baidu Tieba.[2] [3] Initially the game was available in China only, and was being hard to download outside China and wasn't working on a non-Chinese computer. The first introduction for the SMBX-38A happened on September 13, 2015, when Snoopy Tour has made a post with a link to Baidu where the "SMBX 1.4.1" was published, but people are not beloved him (Everyone thought it was one another "SMBX 1.4" that was most known for being a fake around YouTube). Kevsoft tried to find a download link and finally found it, downloaded a recent build from Baidu Pan, and tried to test it on Windows 7 x64, but failed. When he sent this build to Wohlstand, he found a way to run it in Windows XP using virtual box[4]. Later Wohlstand contacted the original author and cooperated with him. Since that time, the SMBX-38A got been finally fixed to work on any computers in the world and developed popularity in the international community becoming a powerful competitor to the SMBX 1.3 and even to the SMBX2. Because the official SMBX community staff rejected the dedication of the place for SMBX-38A discussions, the official place for the SMBX-38A got the "home" at the WohlSoft Forums at the SMBX section.

During the 2016 and 2017'th years, people were found a lot of hidden features and easter eggs in the game: people were needed to solve the challenge or a bunch of math problems to get access to the hidden feature as a reward.[5]

In the state of December 2021, 5438A38A didn't appear online and there was no news after he released his latest patch "31.1" on the 23rd of December 2020. Therefore, the current state of the project is now unknown: does he actively works on the project, or he has completely abandoned it in favor of his other projects and his life? 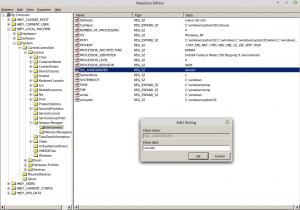 Difference from other engines