Now, the next chapter of "Utopia" has begun. With PGE now functioning as a great editor, "Utopia" is being produced only with PGE and will only use SMBX for testing purposes for now. Once PGE has a running engine, "Utopia" will be fazed out of SMBX completely.

Now to fully support PGE and the team behind it, I am making "Utopia" an official and exclusive PGE only project!

I hadn't reposted Utopia eariler due to a lack of GFX needed to complete certain levels, due to that theme of tileset not already in existence. I have had to make a lot of GFX to get Utopia out of hiatus. Most of the levels and worlds have already been planned out on paper, so it is just a matter of making the actual thing, though that is easier said than done. Anyway...

Spoiler
Follows the events of "Legend of the Ancient Islands".

Chapter 1: Dreams
After Captain Toad escaped the Ancient Islands and returns to the Mushroom Kingdom, he falls asleep and begins to dream of the wondrous things he'd seen on his adventures. Suddenly the dreams began to seem more than just dreams. He could feel it all as though it were real. He saw a beautiful world under threat and dying from a great evil.

The next morning Captain Toad rushes to the Castle to tell all of the strange dreams he had, only to find that those dreams were more than dreams. A strange doorway to another world stood in Princess Toadstool's Castle. Gathering supplies, Captain Toad, along with Mario, Luigi and the Yoshis set forth into this strange new world and went to work to defeat the evil that lies in wait.

Chapter 2: Return to the Ancient Islands
Appearing on a familiar beach, the group soon discover, that the only way to the mainland of Utopia was by Balloon. The balloon however, was at the top of the mighty Towering Tree. A place that Captain remembered well. Upon crossing the smallest of the Ancient Islands and climbing for the balloon, the group gained a small handful of Stars! These Utopian stars were lost and seemed to welcome the group instantly. Though, there was an enemy ready to take them back, an old foe of Captain Toad, the Reznor.

Spoiler
Baseball: Throw them at enemies, if you create a chain hit, you can rack up some serious points.
Anchor: Grab an Anchor and you will be able to walk underwater.
Key: Finding a key and placing it in a Keyhole can either open locked areas or secret pathways on the Map.
Bubbles: Though some of the larger bubbles are able to be swum in, many smaller ones float past carrying items and even enemies.
Orb: These rare orbs when opened will eject a random item or enemy.
Jugem Cloud: Grab a Jugem Cloud or Jugem Cloud Flower to turn into a Jugem Cloud. You can fly around the stage, however landing causes you to revert to normal.
Hammer: Hammers, when collected can break open walls or destroy Rock Blocks.
Warp Whistle: These will warp you to secret areas or even Level-based Warp Zones. They are extremely hard to find.
Thunder Cloud: Collecting a Thunder Cloud will shrink your enemies to a tiny size. It only appears twice in "That Shrinking Feeling" and "Put on your Shrinking Cap".
P-Wing: Will warp you to the end of the said level, as in past the Goal Mushroom or Card Roulette.
T-Switch: Freezes Time for a few game seconds.
Stopwatch: Does the same as the T-Switch, however can be placed into the Reserve Item Box.
Crates: Crates can have many purposes, they can hold items, enemies or even thin air!
Mushroom Block: They make good building blocks and weapons.
Vegetables: Like baseballs, you can pull them from the ground and throw them to chain points.
Cherry: Collecting five in a level will cause a Music Box to appear.
Chomp Ball: They can only be found in Vases, but when used in the Overworld, they can be thrown like shells to topple every enemy in its path.
Berry Blocks: Impassible, unless you have a Yoshi to eat them.
Berries: Collecting fruits will reward you with large amounts of points, however, collecting berries of a certain colour can have bigger rewards.
Coins: ...
1-Ups: ...
Propeller Block: Grab onto a Propeller Block to soar high into the sky!
Beam Box: Perfect for finding your way through a dark tunnel or haunted house.
Cannon Box: Grab a hold of this Box and fire a rapid barrage of Cannonballs at your enemies!
Kuribo's Ice Skate: Jump on and skate down your enemies, this item is perfect for crossing ice quickly when you're in a hurry.
Kuribo's Roller Skate: Lines of Roller Skates can be found ready to roll over large spike-filled pits or even Munchers. But once they start rolling they won't stop!
e-Switch: e-Switches, when pressed, will cause an e-Card to appear in the current level. If you can find it and collect it, you will gain the pictured reward when you reach the Goal.
F-Switch: F-Switches or Flood Switches can flood areas with water if the switch is blue, if it is red it will flood the area with lava. Pressing another F-Switch after activating a first one will reverse the effects or "de-flood" the area.
P-Switch: ...
!-Switch: Pressing the ! Switch will cause an environmental change nearby. These effects are usually permanent.
?- Switch: Pressing the ? Switch will cause an environmental change nearby. These effects are usually temporary and are timed like a P-Switch.
BOO Switch: Pressing one of these in a Ghost House, will cause objects like chair and tables to come to life. Although it wouldn't be overly fun when the furniture is out to kill you, but it is essential usually.
POW Block: ...
Roulette Block: Hitting one will cause a random item to pop out, it could be a rare Hammer Suit or just a Super Mushroom.
Baddie Box: Enemies will spawn from these boxes constantly and can only be destroyed by the Statue form of the Tanooki Suit or by a Hammer from the Hammer Suit.
Red Ring: ...
Rainbow Ring: When touched Rainbow Rings will spawn a random number of 1-Ups, however, it will also spawn a number of Poison Mushrooms. If you can collect all of the 1-Ups without getting a Poison Mushroom, you will receive a  P-Wing.
Note Ring: Pass through a Note Ring will cause a Note Trail to appear. Collect all of the Notes in the trail and a Music Box will appear.
Bomb Switch: Pressing these will cause a dispenser nearby to begin spawning Bob-Ombs.
Note Trail: Collect all of the Notes in a Note Trail to receive a Music Box.
Metal Ring
Purple Ring
Switch Block
5-Up Block
Music Box
Detonator
Hint Block
Obstruction Switch Block
Axe
Rubber Ball
Lucky Star
Hacisuke
Lucky Coin
Lucky Cloud
Skull Switch
Bomb
Rock Block
Springboard
Bouncing Bough
Character Block
Switch Block
Toothy
Yoshis 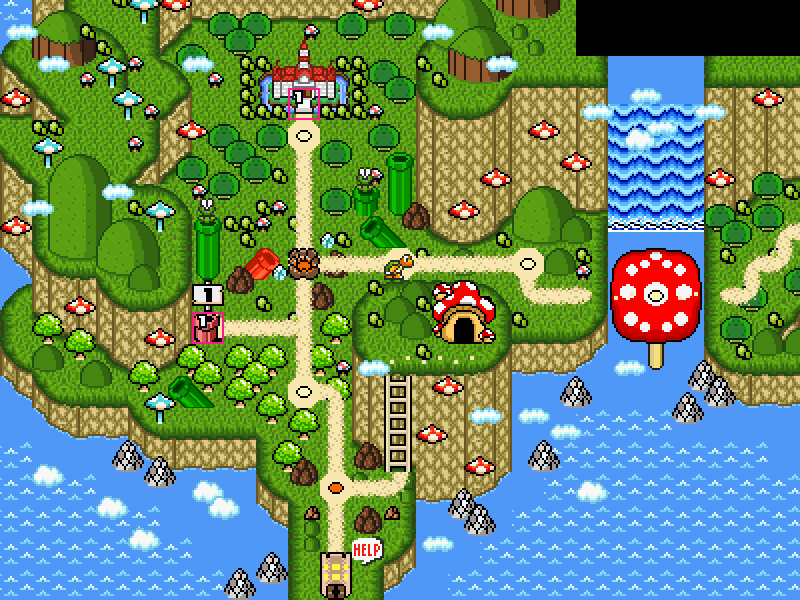 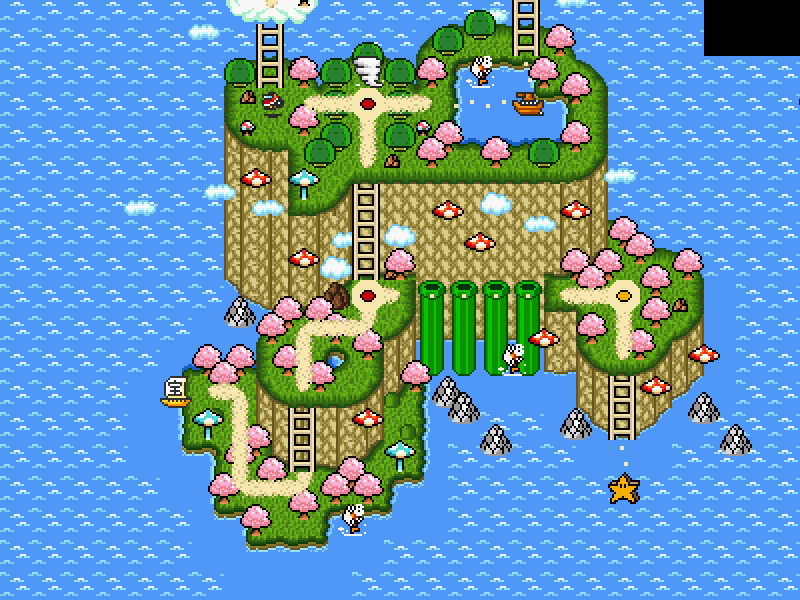 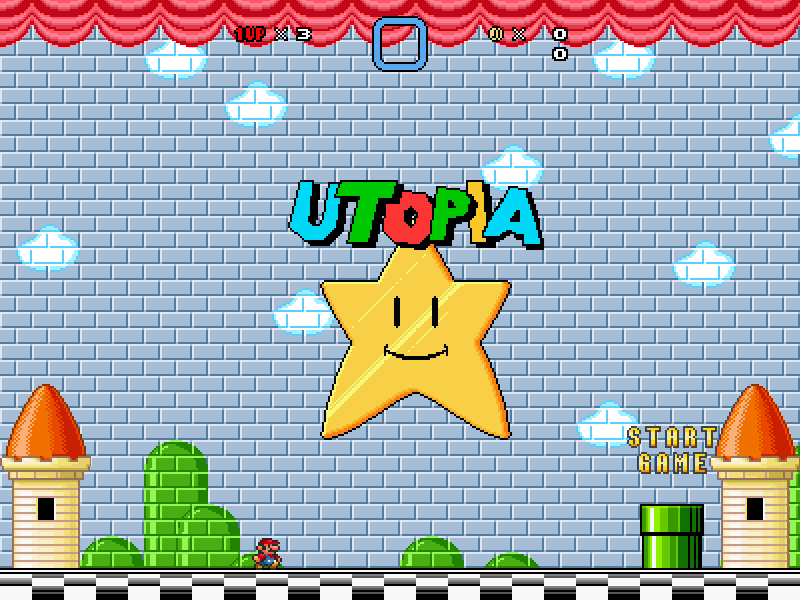 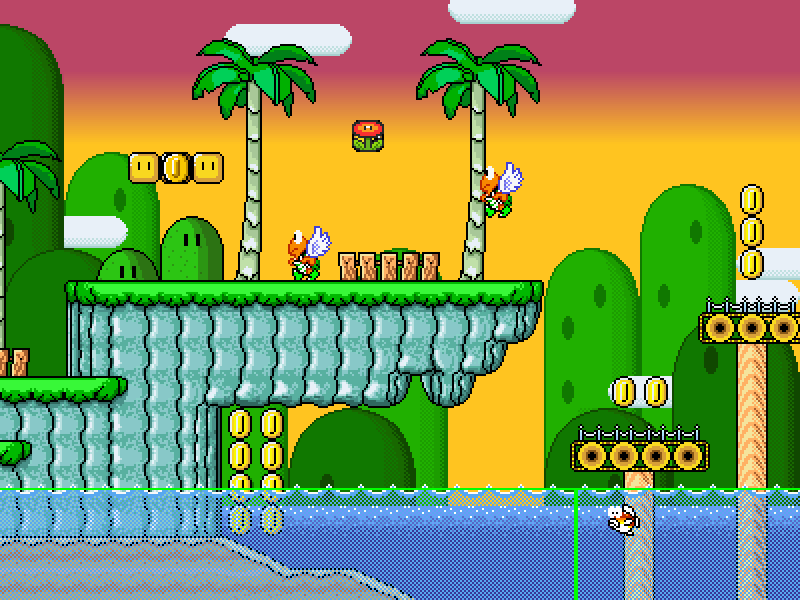 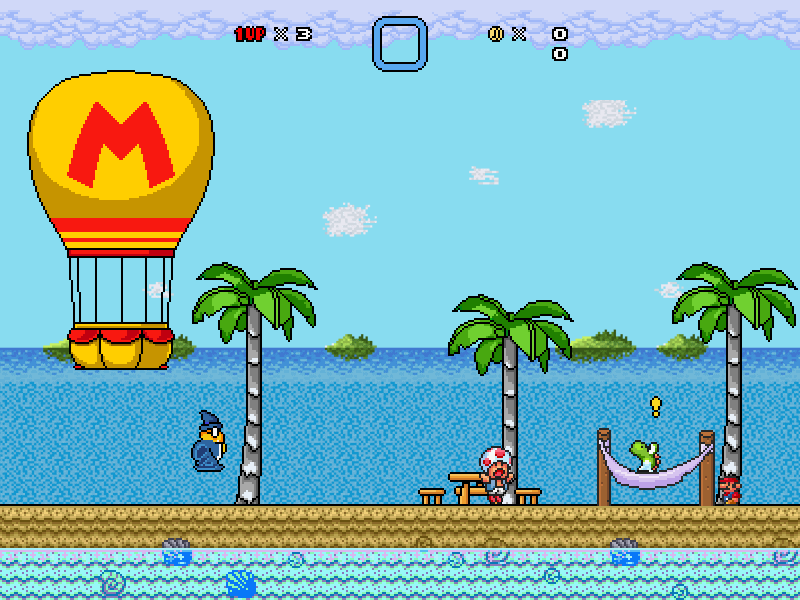 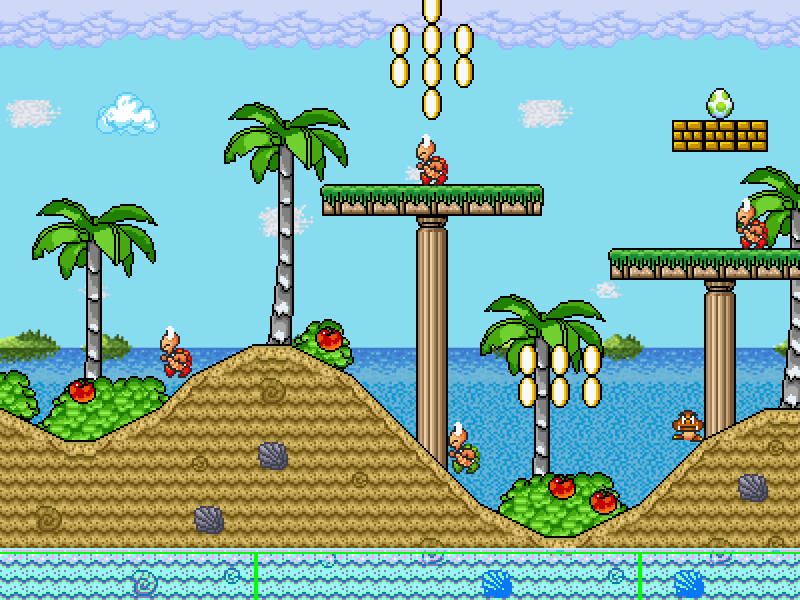 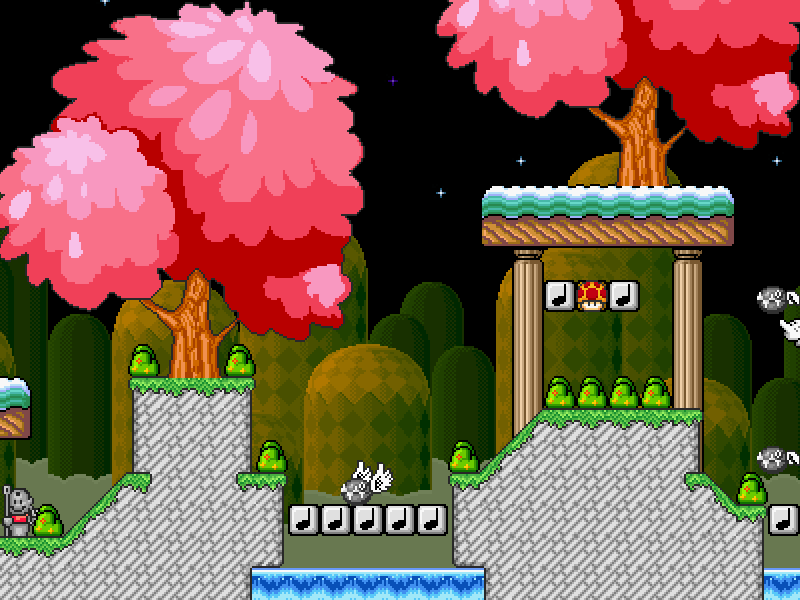 Spoiler
If you were a Beta Tester when I first publicly announced the episode, please let me know who you are, I sadly forgot most of you. I'm sorry...
1. SuperMario7
2. Darkonius Mavakar
3. zlakerboy357
4. Luigifan400
5. MechaLxNiiur
6. Rust

Spoiler
If you want to make one once I release Utopia just let me know.

i like this . here is many colorful custom graphics and some features!
My channel (PlatGEnWohl news and tutorials , smbx tests):
http://www.youtube.com/channel/UC6h-42umT14iR1wa3VkOs3Q

It really means a lot to us, to see people having PlatGEnWohl exclusive projects to support us (along with the other forms of support).
Best of luck with this project, it's looking awesome.

As I said previously on the SMBX forums, I have lost all progress due to a hard drive crash, but, now that the Beta of PGE is out, I'm now going to restart the project from scratch. With PGE I should be able to get back to where I was in terms of progress fairly quickly thanks to the few nifty tools it has to offer.

So without further ado, wish me luck and let's get the ball rolling on World 0!

Hey, you wanna maybe update this post with the latest screenshots and news? 'Cause it's kinda outdated.
An extra you say?

Are you still working on this? It looks like a better version of NewerSMBWii on PGE.
Post Reply
6 posts • Page 1 of 1