Page 2 of 2
by Eri7
NEW BIG UPDATE guys , i uploaded 30 new screenshots , i changed the logo , i changed the cover art and i added a support banner.
by NightyThomas456
This project thread looks a lot better now.
I have even liked the new logo ! It's awesome !


I gotta change the supporter image in my signature...
by MidoriNeko
It's really nice to see this project alive again. Looking forward to seeing even more

by Eri7
This project is now half collab! If you want more information about this just check the main topic.
by Eri7
A new update has arrived!

Discord server about the development of the project:

Here are some stamps that will be collectable in this project.

And a glimpse of the new world map. 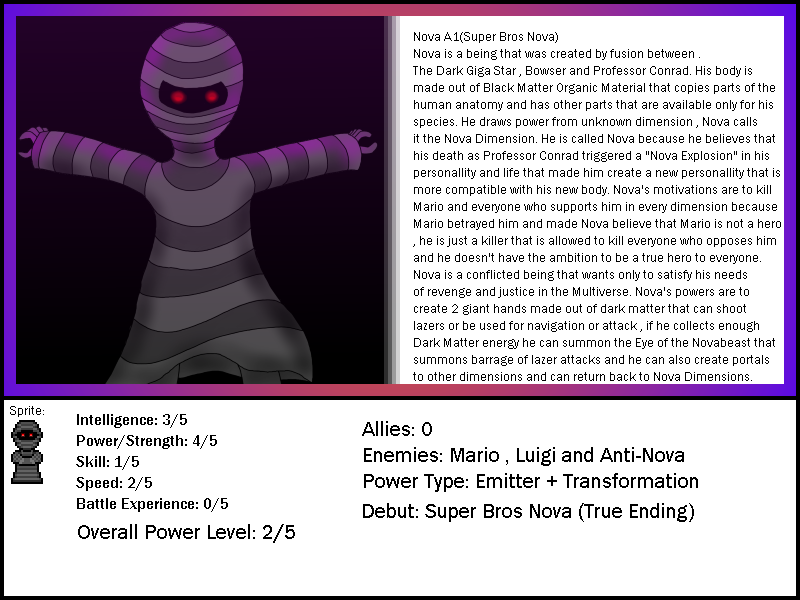 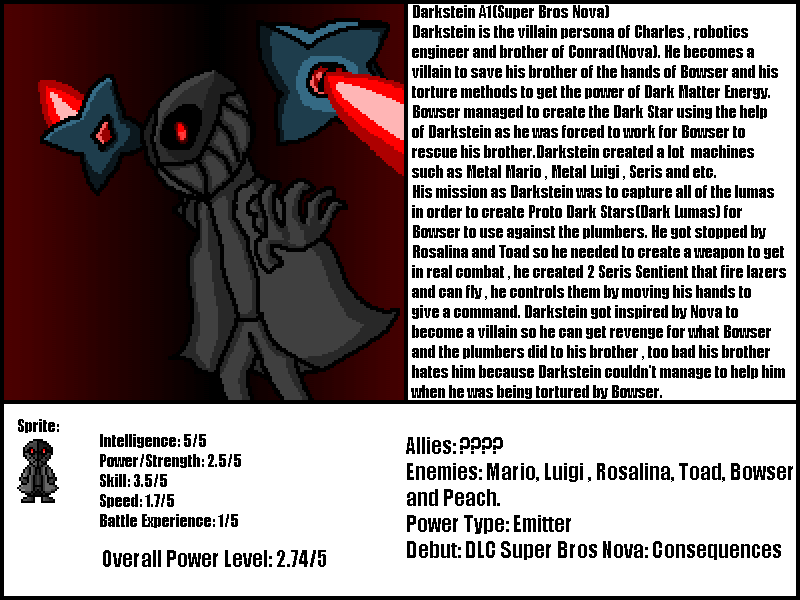 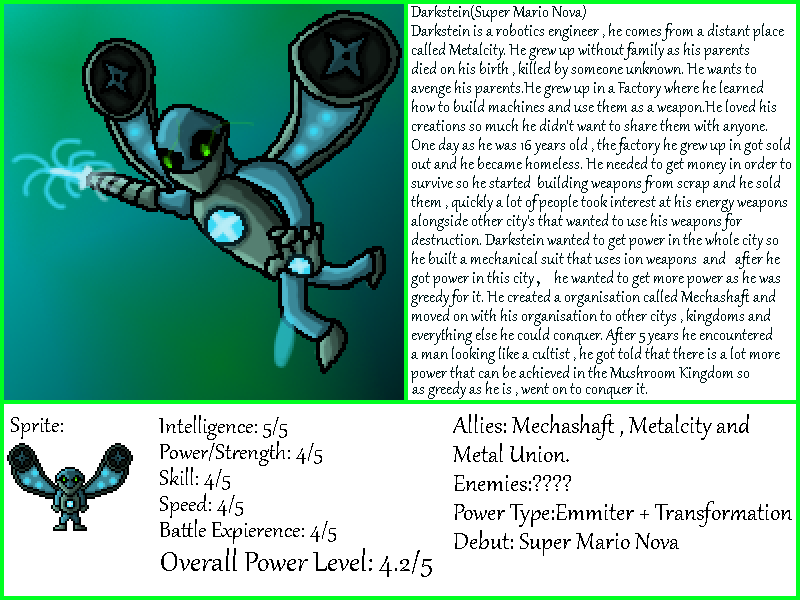 by Eri7
Hello everyone , here is a new update on the project!
Also if you want to help the project with contributing levels then i will gladly accept if you can design a level that is not bad.

With a new level designer in my dev team , 8luestorm , progress on this project is starting to go a bit fast and he can even design very good levels. 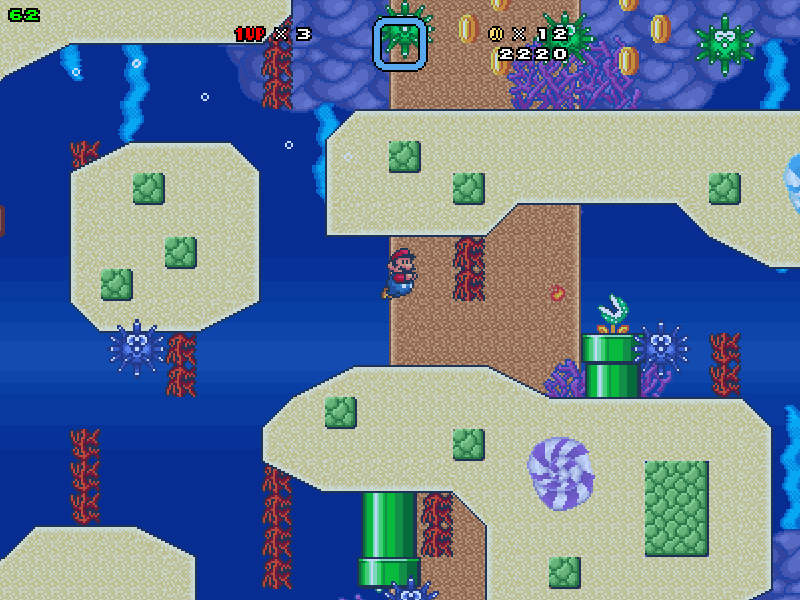 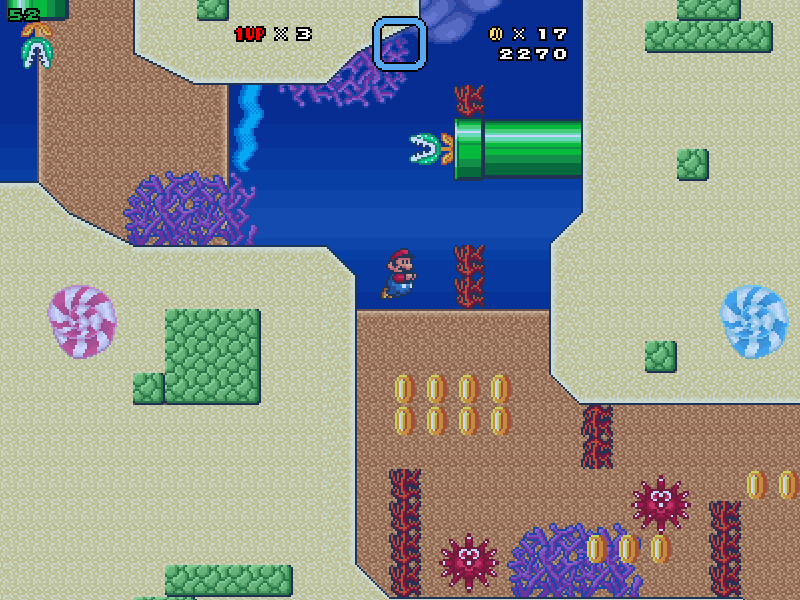 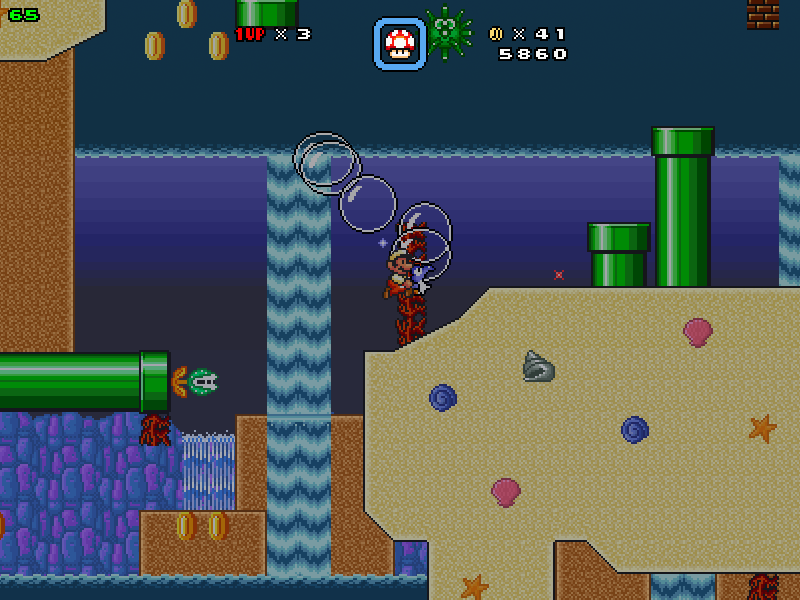 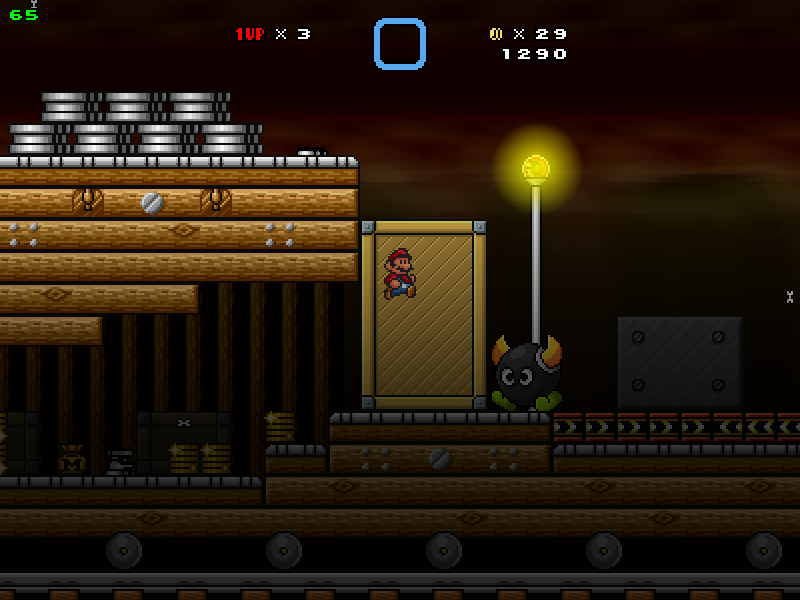 And a little update on the world map! 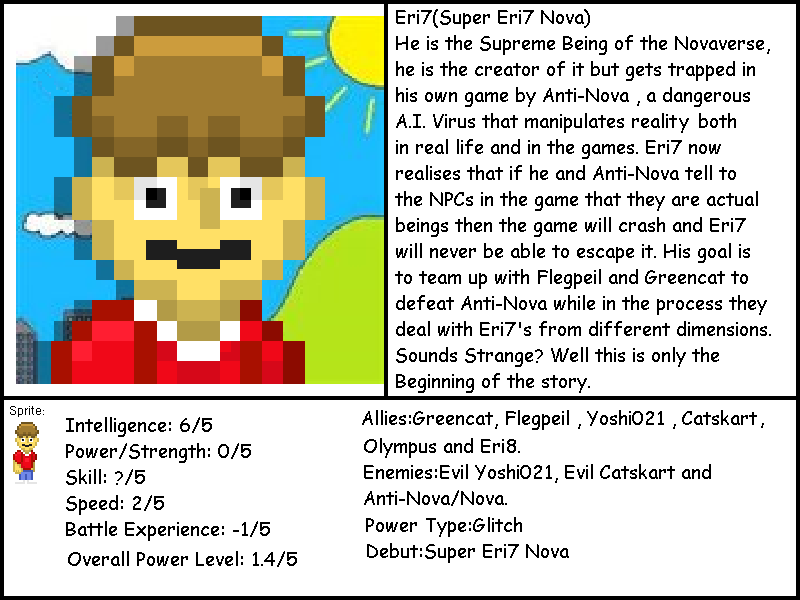 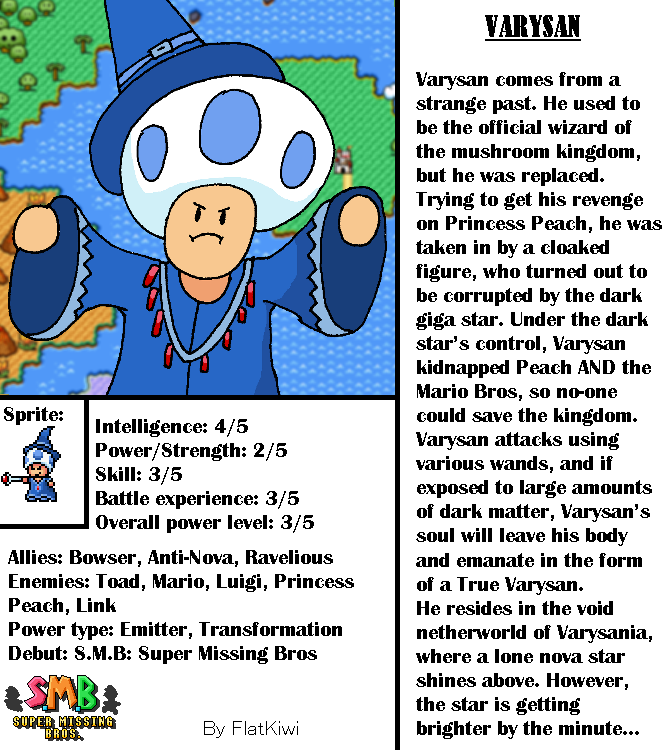 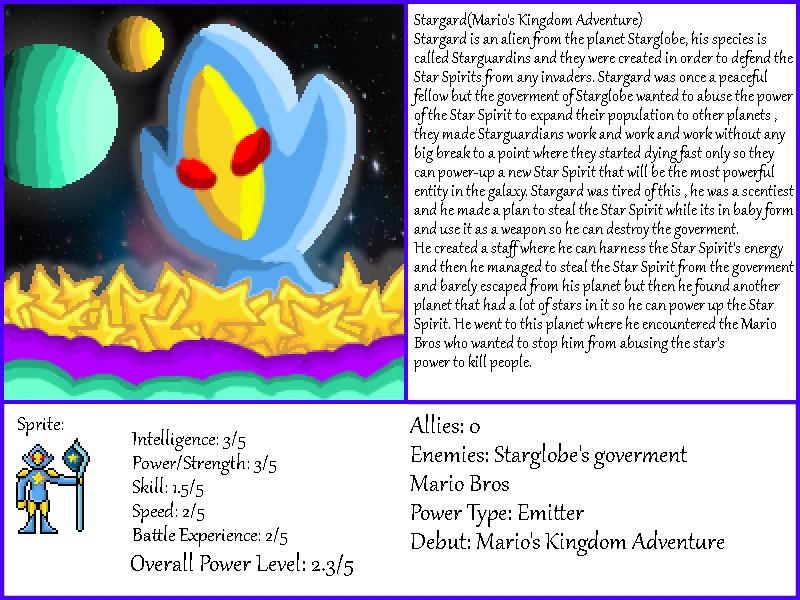 And this was everything for today , expect new updates soon!

by Spectra
I'll try making a level, but i'm new, so sorry if it sucks
by Toad64
I will make a level very soon because i new to SMBX 1.4.4 and i working on my new Episode Super Mario World MORE!
by Eri7
Here is a new video of my new Boss , Darkstein.

by Eri7
Hi guys, i'm here with a new update on my project so you guys know that this project gets frequently updated!
Without further to do , let's start!

Spoiler
Why is this project being made in smbx 38A and not smbx 2.0?
This project is being developed in smbx 38A because:
1.I feel more comfortable using smbx 38A because of my gained knowledge on this engine compared to my knowledge on smbx 2.0.
2.There are some 38A's features that 2.0 doesn't have yet.
3.I can't convert this project to 2.0 yet and i don't want to redo everything from the ground up including learning luna lua so i can get on the same level as i know how to use teascript.
4.The smbx 2.0 community is not for me , it's not because they are bad , it's because i am bad and staying with the 38A community i feel like i am no longer bad.
Why is this project so big? (250 planned levels)
1.I have a lot of ideas that i want to recreate in a level and i need a lot of levels in order to do that , that's why i made SMN such a big project , yes there are a lot of cons when making a big project but i try to focus on the pros of it , because this project is so big , i decided to make it a collab one so people can contribute levels to it , this will make me both excited to continue on developing SMN and more free with how the project will go because the development of it goes faster and i get either more ideas along the way or i can use other people's ideas to make this project better.
2.At the time of creating this project i didn't know that small project could shine , but thanks to Enjl i now know that small projects can be way better than big ones but i still want this project to stay big.
When am i going to finish Super Mario Nova?
1.I don't know yet , i am only 1/4 done with this project after 16 months of development and there is still a loooot more to be done in order for this project to be finished, my expectations are after 2-3 years.
When is the second demo going to be finished and how big would it be?
1.The second demo will be probably be finished before this year but im not sure when , probably very late around November i think.And the second demo will contain at least 100-110 levels , yeah a second demo that is bigger than most average episodes :D.
Why do you want to make the best smbx episode(Related to SMN)?
That's a good question that nobody has asked me before , the reason i want to make this project , the best smbx episode is:
1.I have played plenty of smbx episodes and they have never broke my expectations or made me go WOAH in terms of gameplay and story , it was all poorly executed, just not fun for me so i want to create something that could break the expectations of a veteran smbx player and possibly everyone and make it the most fun , interesting and amazing smbx episode ever, yes i am working on it , i work on this project almost everyday around up to 4-8 hours and sometimes even more! I really want to achieve this goal even if it sounds crazy for you.
Why don't you accept criticism from most people?
1.I do accept criticism but often people don't see when and from who do i accept it , if i don't accept criticism its either because: I don't believe that your opinion will make my stuff better and I think that is too hard for me to do(or i'm lazy/tired)
Why should i contribute to your project?
1.You can contribute to make the development of this project faster, be in the credits of this episode and if you contribute a level , the icon of the level will show that the level was made by you and if you contribute a lot to this project there is a chance that if you have an OC or good ideas , they could be included in this project!
2.Supporting me will really mean a lot for me , even the smallest support can make the biggest difference!

OK Guys , its now time for the good stuff!

So here is a gif of a lava pyramid that is being made by Taycamgame!

Now here are gifs of a ice desert level made by 8luestorm , this level involves 2 pathways , one for Mario/Luigi and one for Toad/Peach.

And this is a gif of my tanks/artilery level.

+ Screenshot of the Artilery 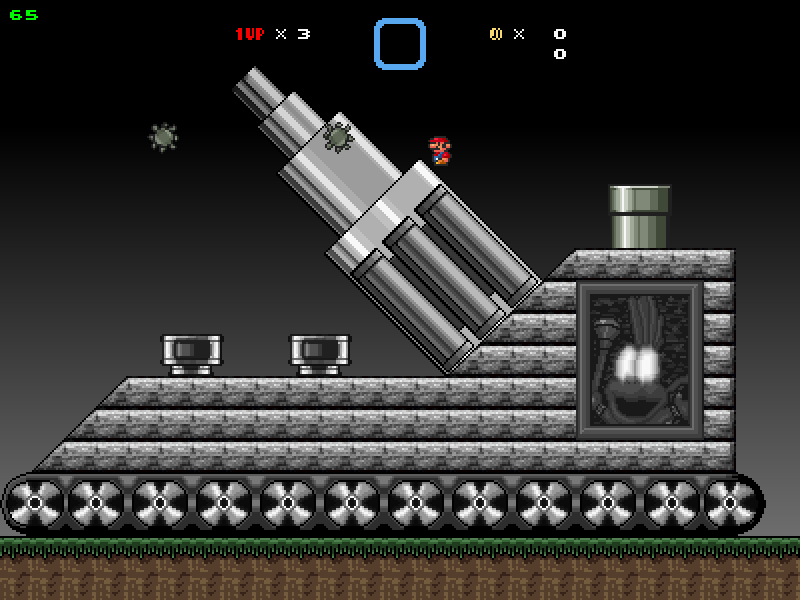 And a gif of my quicksand level designed around the blue shell power up.

by Eri7
Birthday UPDATE! Yes , its my birthday today and i wanted to make an update on the topic!

There is now a spreadsheet where levels are planned out for the second demo(thanks to Enjl's idea).

Now here are some screenshots/gifs.

Now here are some gifs of a level made by 8luestorm:

And some more gifs of a level being made by 8luestorm:

Here is a screenshot of polished level 1: 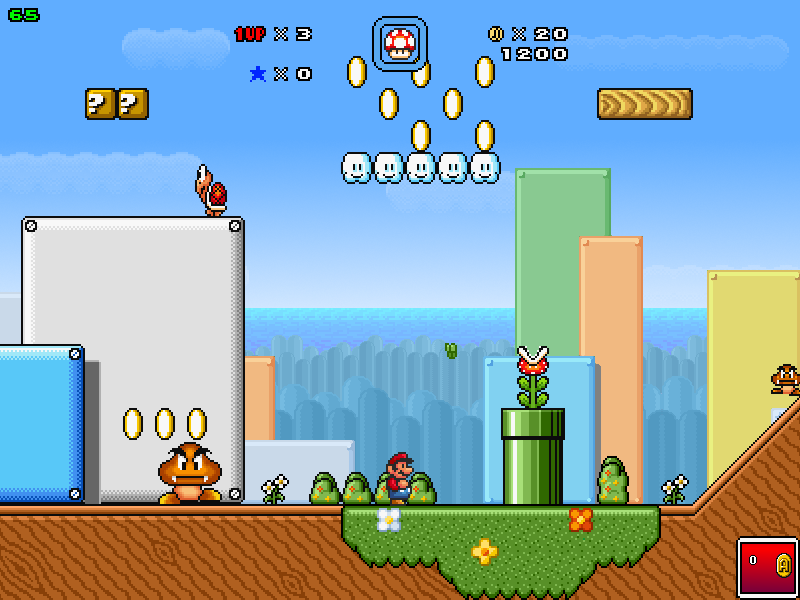 And here is a screenshot of a new ice level focused around the penguin suit with new BOOSTER blocks that add more momentum to the player's movement:

Now here are some updates regarding my discord server , The Novaverse:

Today on my birthday i launched 3 events there and there will be one more that would be hosted by Flatkiwi tonight:
Link to the Discord Server:

The current Events , they start from today and will end after 1 month and joining these events could give you rewards related to the development of the Nova Projects:

Anyways , that was for today and probably this month , bye!
by Eri7
Hey guys, i am back with another update since a long time.
And this update is a big one because lately , with my help , Motivation , i managed to finish more than 6 levels since the start of September.
First off , i want to thank everyone who is still following the development of this project , i want to thank you for your support regarding this project and the amount of people who have contributed to this project through levels , beta testing or other kind of help really helped my project become amazing , i am very thankful for everyone who helped this project and stayed through my bad phases during development. Because of your support , i managed to come back once again and this time , i want this project to be finished and i want it to be amazing so really , thank you guys for being awesome by supporting this project!

OK lets start with the updates!
First off i want to start with the second level of The Low Hills , before it was using nsmb assets but now , i want to change all of the nsmb assets in ,y levels to 16 bit ones so i started with this level.
Also the level was made by Greendan.

Then here is a gif of my second penguin based level.

Then we have a gif of the level made by 8luestorm , here i am showcasing the new scripted boss , mechanical fish.

And here is a gif of one of the pyramid levels i managed to finish , it is a hard one as well.

And finally , here are gifs of a level focused around the Sumo Bros and Fire Sumo Bros contributed by Ludwig_von Koopa 2004.

by Eri7
I have few more stuff to update but soon the topic will be ready!
by Forested Gamer

You god bring us this i almost thought this was not SMBX but your effort shows it here from the allies character and intense custcenes. Most of the SMBX2 episodes do not able to even come close to this.
You are a very good experienced developer and they should not mess around.
by Bandit
How is the project going now? almost a year ago that nothing is published
by Eri7

Bandit wrote:How is the project going now? almost a year ago that nothing is published

I stopped making progress since April 2019, reason? Burnout, i was aproaching this project in a completely negative direction which led to me working 1-2 months just to finish a single level as i was focusing way too much on the flashy stuff rather than on actually finishing the game. A lot of other projects happened and right now i am stuck working on a total of 8 projects which is crazy, after the summer ends aka in 3 weeks, my free time will get reduced by a lot because school and it will make the development pace of this project really really really slow and honestly, i think this project might take up to 2-3 more years to get finished due to me planning it to be that big and the amount of effort i have to put to finish it but until then, i have other projects i will release before this one.
If you are more interested, just join my discord server, maybe they can be as interesting as this one, maybe not but i try to put effort into everything i work on just like this project.
by Tyranitar Prism
I Can Be A Beta Tester Of Super Mario Nova?
by Eri7

Tyranitar Prism wrote:I Can Be A Beta Tester Of Super Mario Nova?

Sure, just don't expect development to be active right now, got other priorities at the moment.
by Tyranitar Prism

Tyranitar Prism wrote:I Can Be A Beta Tester Of Super Mario Nova?

Sure, just don't expect development to be active right now, got other priorities at the moment.