by HengShao
This is a level I made on SMBX 1.4.5, which is a level with fire and ice theme. The idea in this level is inspired by 6-8 in Donkey Kong Country: Tropical Freeze, which also has a similar theme, including the interaction of fire and ice. This level is originally made by me in 1.4.4 version early this year. Later I remastered this level and made it in 1.4.5 version. Slash-18 helped me a lot in script when I was making this level, I owe him a 'thank you'. Though this level isn't too long, but it took me long to finish this level, and I hope you will like the idea and gimmicks related to interaction of fire and ice in this level.
Screenshot: 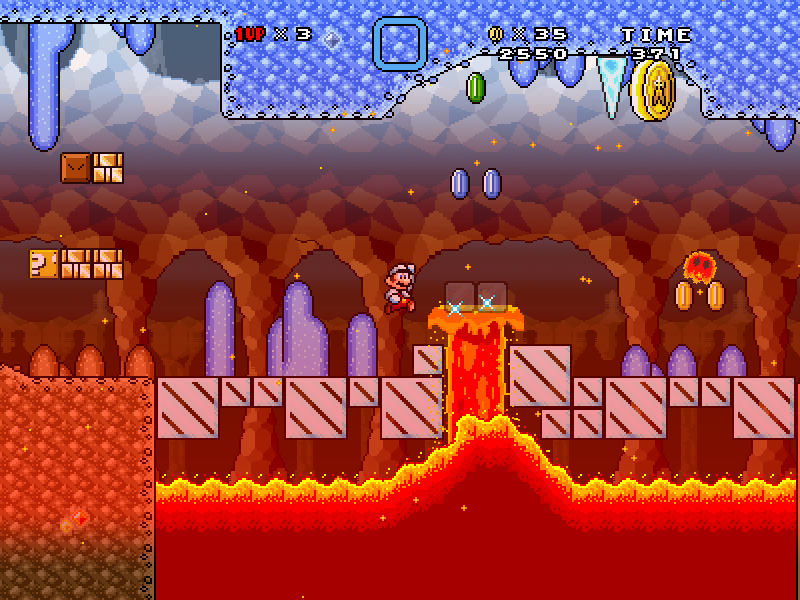 Download Link for this level (need to be open with 1.4.5 Version Level Editer to play, fixing some issues and adding some details on 1st October):