1230m 1 wrote:Can anyone contact 38A and learn if he (38A) plans to continue developing the engine?

Even if someone contacts him , what is the possibility that 38A would reply?

Of course small, but the chance more than to wait for an answer here.
by Void-the-Bat

The one thing: the Mario-related stuff (characters, graphics, sounds, musics, and universe) is owned by Nintendo, and Nintendo will NOT be happy when someone will earn money by using their stuff (which is in real a parasitism), and will try to find a way to punish the author by using any available ways. He only able to earn money from his stuff only in a case it's completely made from scratch and it's unique one, OR the owner has granted commercial usage of the stuff.
He is NOT allowed to earn money from his stuff WHEN he using Mario related stuff which is NOT granted for commercial usage to him.

Actually, Nintendo isn't happy when somebody uses their stuff, period.
by Spectra

Bomb KickerDX wrote:I think all we have to do is accept this fate.

Sigh... i have to agree.
There is nothing we can do now.
sadly.
Nintendo aint gonna be happy either.
by FakeVirus
remember when smbx 38a got updates

Nope, I joined during the 1.4 period, literally just after Christmas last year.
by NightyThomas456
At this moment I wish that Redigit comeback and suggests 38A and X2 devs to work together and make a new version called SMBX v3.0 (Official).

But now I guess that will never happen...
by 3color BombDX
Only a miracle to this happen......
by Bob Ross
It doesn't make sense to get mad about not getting money off of something someone else made (Nintendo).
by P.I. Kachu
What does [SUSPENDED] mean on this thread title? Will the 1.4.4 not update anymore?
by Lx Xzit

Bob Ross wrote:It doesn't make sense to get mad about not getting money off of something someone else made (Nintendo).

That's not the point. Firstly it may use Nintendo's stuff but all regarding software belongs him, it's his effort. Secondly, 38a is not getting "mad" for that, it's more like "remember guys I'm doing this without being paid". He's mostly disgusted with the community because of the hack.

P.I. Kachu wrote:What does [SUSPENDED] mean on this thread title? Will the 1.4.4 not update anymore?

by MarioAndLuigi64
Hello 38th, I know you're upset by those cheats, but I was also one of those who cheated, opened the levels and edited, but if elvl was normal, and it's also good to disable the traps, but there are also codes , example:
I play a level of invasion 2 and with the keyboard I put supermario128 and I clone myself, that's not cheating, right? Well, if you decide you can delete those codes.
A lot of crowd is impatient of version 1.4.5, but also when it comes up depending on your mood they will not know what new things there are, the example levels guided me a lot, and I bet a lot of people helped them, I'm in a community that is using the script examples. Go that the truth is motivating, and is making the game fun, also an idea is to create a port of invasion 2 that works in 1.4.4, because when I enter warp 12 I get the error, edit it and even then, I hope you have encouragement and are happy, ATT: Mario & Luigi 64

NightyThomas456 wrote:At this moment I wish that Redigit comeback and suggests 38A and X2 devs to work together and make a new version called SMBX v3.0 (Official).

But now I guess that will never happen...

you know, its ironic, really, how both of them are just pretty much done with their projects, both of which went from small things to huge things, for one reason or another

Looking back on this thread

by Kitti and Minni
You know, looking back over this thread pool, to when everything started to go down... its like a time capsule of nostalgia that I never got to be a part of... nostalgia that one day turned sour... yet still is there waiting for someone to finally have the same nostalgia from so long ago, untainted by the drama and problems that plague any community, including this one. As someone who played the original SMBX in the days before Redigit disappeared, in the days of its youth and, dare i say, its forums' glory days... This engine is like that to me, if redigit never did disappear and kept going,

What I'm trying to say is... I can feel the old nostalgic glow of the glory days still in this forum, nostalgia i may not have been involved in, but is still very much a visible and tangible thing... I can scroll through the pages and feel that all, as well as feel the slow build up of cold and bitter contempt between creator and creations, its... something... to say the least... While the 38A creator himself may resent us, I cannot find it in myself to resent him, at most I find him flawed with judgement impaired by the glory of internet fame. And hope that some day, in the future, he will see that people do still love what hes done, love his work for what its brought... and perhaps maybe even start once again on the engine...
by Conrad.tf 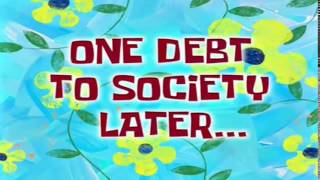 by warne75
I can understand creator 38 and why he made that decision, and I clearly respect that. But that because of others, we can not enjoy super mario X v1.4.4 gives much rage.
While I will continue playing in other sites (https://myemulator.online/nds/mario-kart-ds).
I'll keep checking this thread, if there's any news.
by warne75
EI!!
Still no news on this subject? What a disappointment!
by 3color BombDX
Yeah, 8 months, time has passed faster than I thought it would, but I still have faith it will come back
All times are UTC+03:00
Page 33 of 44