This is a bugfix release which also contains editor and engine side improvements like coin counter per every block, fixed-size screenshots (custom fixed size can be declared in the application settings, in the view tab), and added greeting dialog which will ask a user which interface is preferred for convenience. Classic GUI style now has a toolbar which is similar to the toolbar which was in the legacy editor!

All downloads are been updated 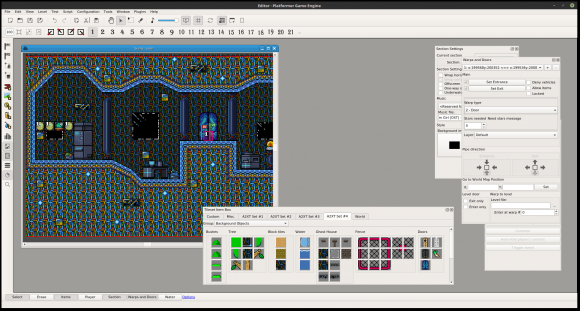 Next works will hard, and would take a time because it's huge reorganizing is planned. Please don't worry, If you will find some minor or crashing bugs, feel free report me to let me emergency release a patch for it. Good Luck ;-)

This page has been requested 4210 times.