Moondust Project v0.4.3.2-beta has been released!

The future is near

During the very long development process, various factors made us decide to publish a beta release before the next stable version. All components have been improved and somewhat reworked. The Editor significantly enhanced support for TheXTech's engine. The Player Calibrator got a fully redesigned UI and got a bunch of new functions including mouse interactions, non-modal windows, and an experimental small functionality of a graphical editor that can be used in the sprite editing mode. The Music Player got a fully reworked reverb functionality, more testing features, and introduced the SPC echo effect and the functionality that can be used to create and export setup for the Sound FX module of TheXTech.

The nearest stable version of the Moondust Kit promises to be a checkpoint between the past and the future: we keep a plan to majorly re-construct the whole codebase to get rid of many mistakes done in the past, as they impose a serious limit on scalability.

Download the latest release at the official home page! 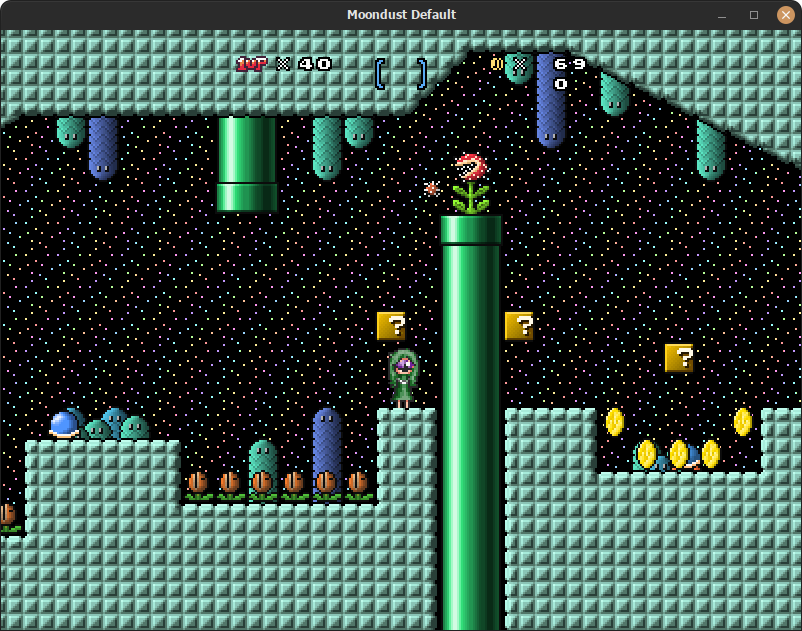 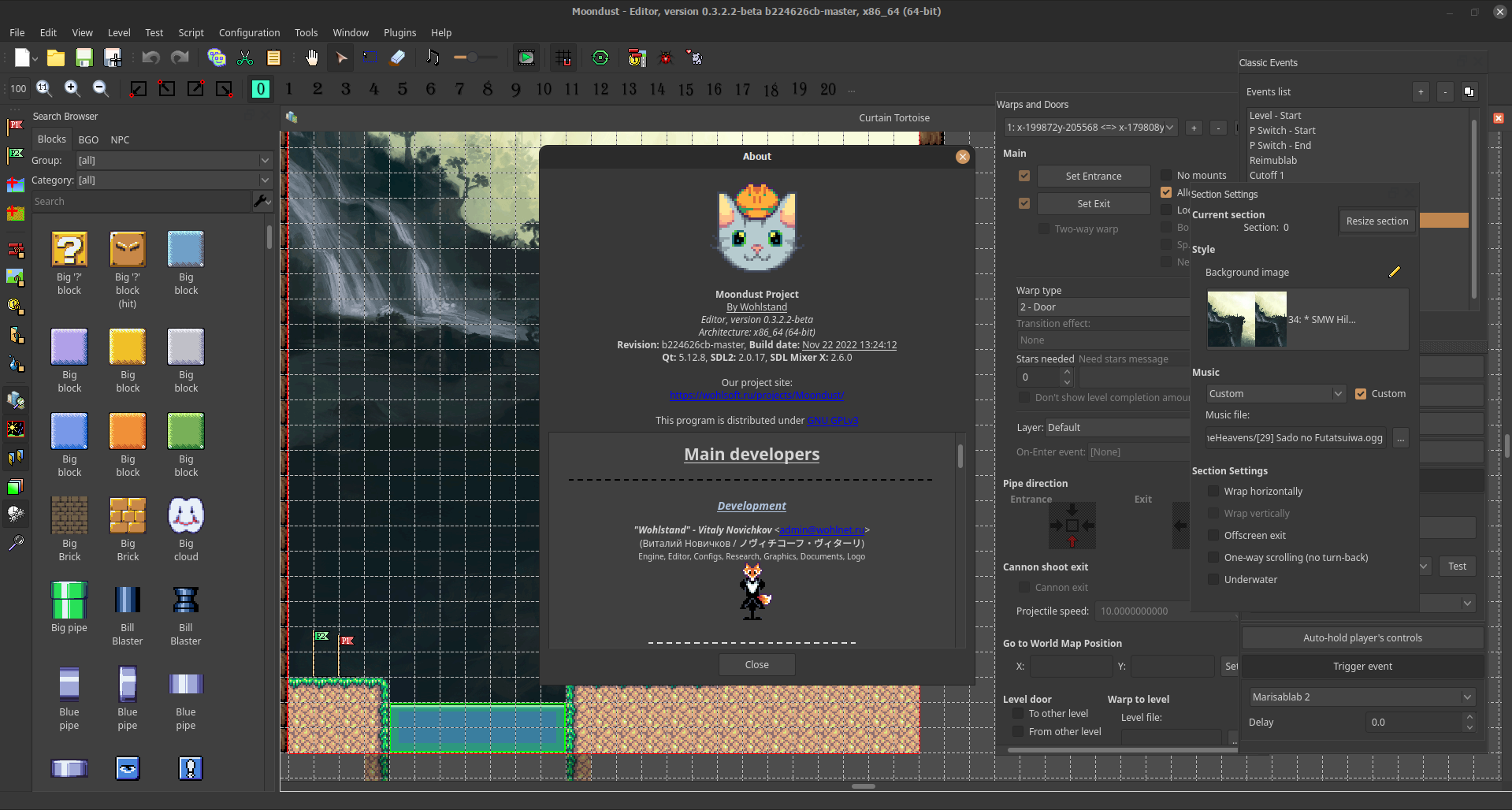 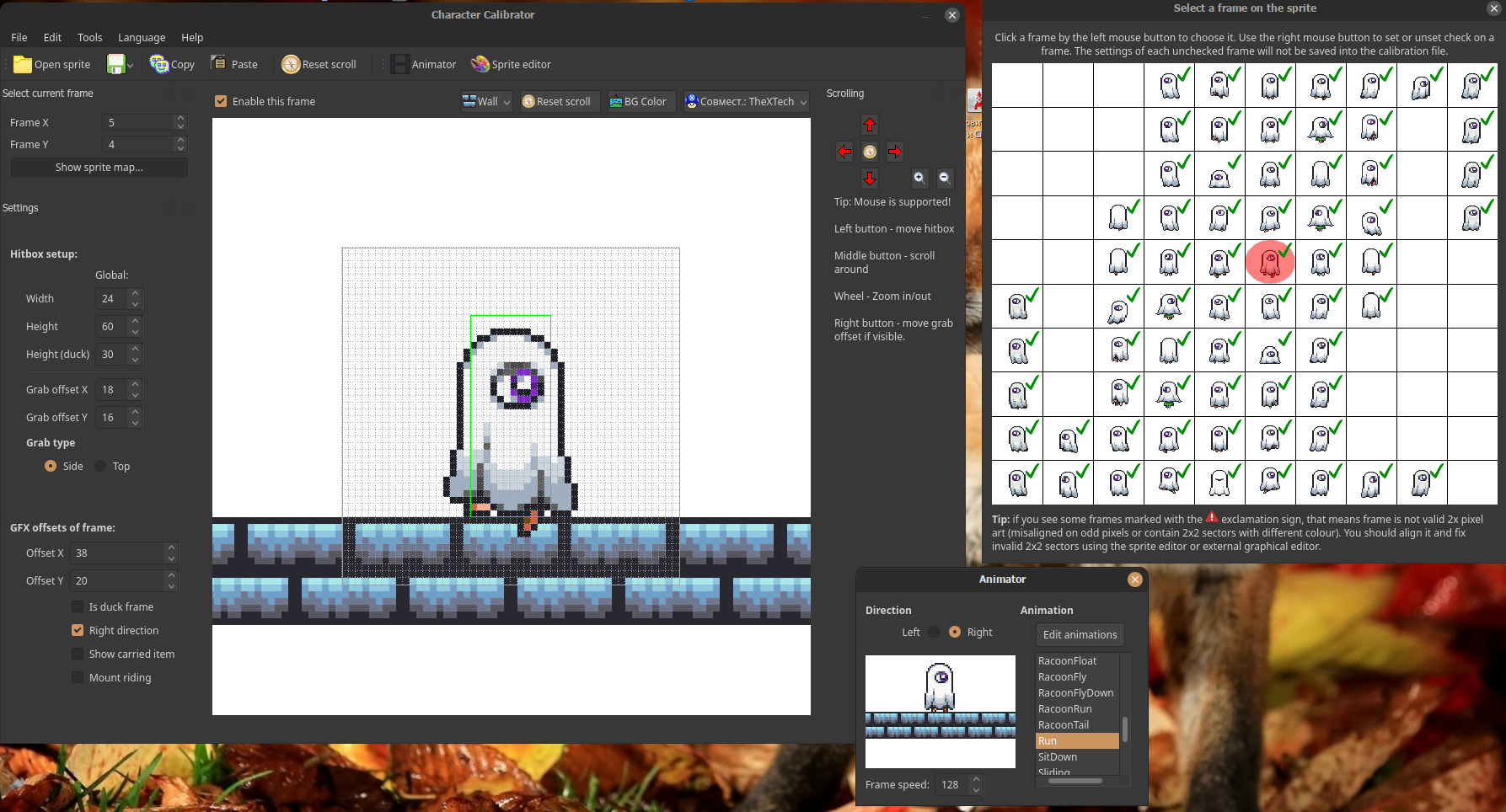 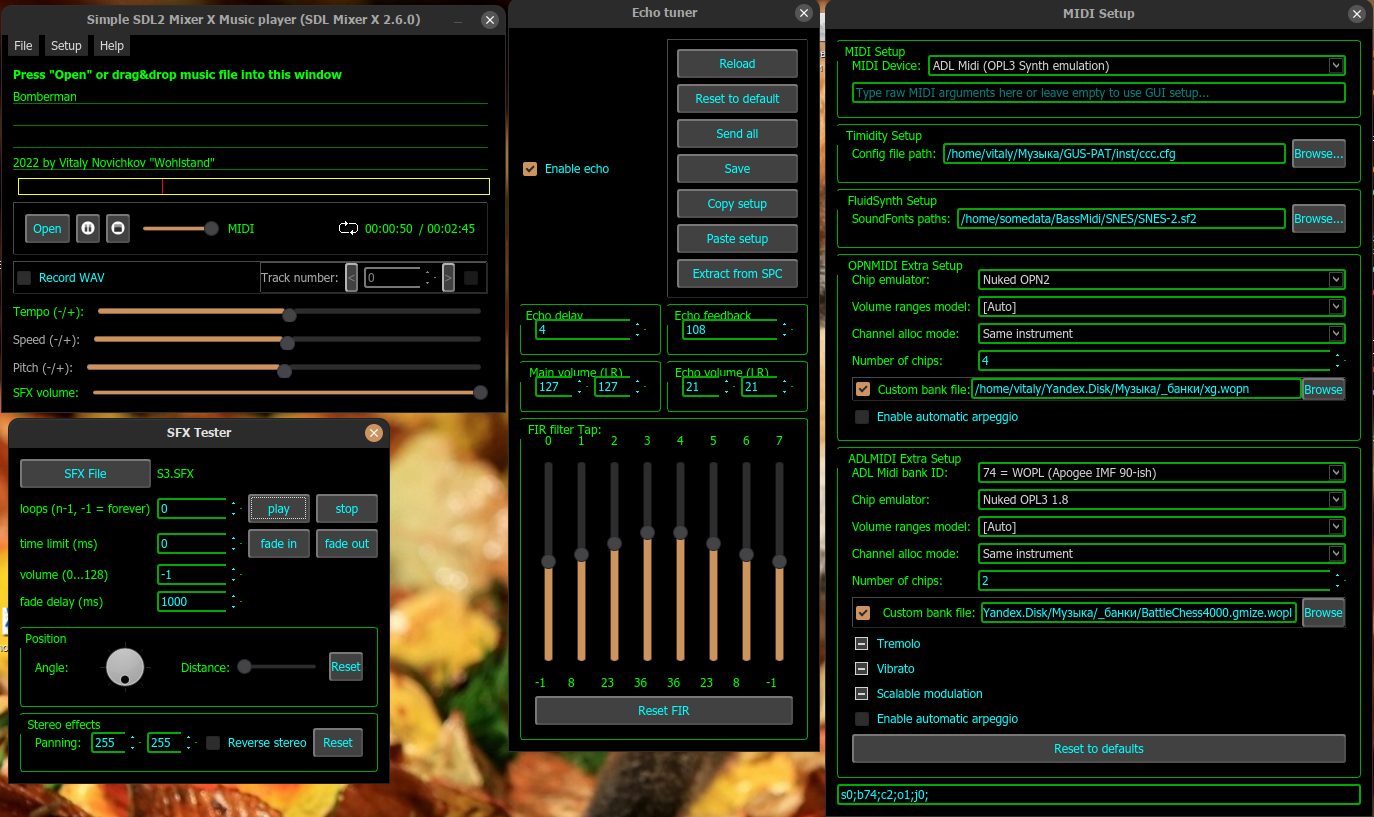 This page has been requested 473 times.